Hundreds of refugees died on only one day in October 2013 on their way from the Libyan coastal town Misrata to the island of Lampedusa,

– because the European Union (spearheaded by Germany) is successfully ruining the African and Arabic economies with their globally superior companies and subsidised goods, and is as a consequence destroying the livelihood of the local people,

– because the food produce, the fishing grounds and the resources of raw materials of these countries are exclusively exploited by western capital, which for their purposes require only few local workmen,

– because generally speaking western companies find little business opportunities in these areas of the world and therefore only need few labourers. As a result the larger part of the local population is simply dispensable, a superfluous population of useless economic figures who are often enough only a matter of disturbance,

– because the freedom for the formerly colonized people to live a self-determined life under the conditions of a free-market economy doesn’t generate the necessary money-earning opportunities, and certainly doesn’t include the right to leave your home country in order to search for a job in the centres of global capitalism merely because you can’t survive at home,

– because since the outbreak of the financial system crisis in 2007 migratory workers and unskilled seasonal labourers for harvesting jobs are required even less,

– because the World Bank and the International Monetary Fund (IMF) insist that the African states shouldn’t waste money on subsidising staple foods should they wish to continue receiving bank loans from the West,

– because it isn’t tolerated that the desperate poor in their agony rise against their political leaders or turn to other political powers if these uprisings don’t coincide with the plans of the USA and Europe,

– because the European Union and the USA try to capitalise on the despairing masses in Africa, the Middle East and Central Asia in order to increase their influence in these regions,

– because western states also contribute to the ethnic and religious partition of whole nations and fund respective wars (Eritrea, Sudan, Somalia) if they consider it necessary,

– because they spy on movements and organizations which disturb or fight their world order, persecute them, torture their members or their members‘ family, shoot them from unmanned aerial vehicles or let them kill by local militia etc. (Yemen, Pakistan, Somalia, Kurdistan…),

– because they equip allied regimes with weaponry for armed battles (Saudi-Arabia, Qatar, United Arab Emirates, Jordan, Turkey etc.), back dictatorships, monarchies and theocracies in return for contributions to their imperialistic world order, in consequence making these states dependent on them,

– because they openly back coups against anti-western governments, whether or not these were elected democratically, and instead openly support military dictatorship (Algeria) or at least tolerate it and equip it with arms (Egypt),

– because with economic embargoes and blockades they seek to even worsen the living conditions of the people in enemy states in order to provoke hunger riots against the local governments,

– because the USA and the EU member states proceed to open warfare, arrange mercenary troops or even bomb, invade or conquer (Afghanistan, Iraq, Mali etc.) should peaceful diplomacy not be fruitful, naturally always solely to „protect civilians“,

– because every hope of these „protected“, these „innocent civilians“, these „unprotected men, women and children“ to reach the glorious safe haven of a German, French or British slum legally and safely on European ferries or by air – where they can clean the toilets of fast-food chains or wipe the corridors of German administrative buildings, prostitute themselves in brothels to the wretched souls of the Free West or inhale the poisonous pesticides on the plantations of Spanish agrarian giants – is destroyed by the drastic border protection policy of the European Union.

Given that they have to fear legal prosecution it is also consequent that Italian fishermen and passing container ships or holiday cruise liners don’t save the drowning refugees, don’t react to their cries of help. It is, in the same way, consequent, that – even before the last corpses have been brought up from the ship wreck and buried – the refugees who survived are being prosecuted in Rome and are facing high fines, so that anybody who lives on the other side of the Mediterranean Sea and is thinking about migrating to Europe will be discouraged to do so.

Even if no one admits it: The dead refugees are an inevitable result of the economic interests of the leading capitalist nations and their companies! They are among the usual civilian casualties of European imperialism!

The deceased are neither the victims of „ruthless traffickers“, as Hans-Peter Friedrich, the German interior minister from the Christian Social Union party (CSU), wants the public to believe. They are the result of a very efficient security policy at the external frontier of the European Union, a policy, that Mr Friedrich thoroughly supports.

Nor are the dead the victims of a public half-heartedness and ignorance towards the suffering of the refugees, as the media and the German president Mr Gauck suggest, but the result of a successful economic, politic and military strategy of a nation that Mr Gauck is proud to represent.

The dead are also no indication of the „failure of the European refugee policy“, as for example German refugee organizations in their extreme state loyalty claim. On the contrary, they actually show how efficient the external EU-borders are closed off.

Even if no one admits it: The shock and grief, that are currently being displayed in public, do not help the deceased. How could they anyway? Shame and sorrow are meant for the good reputation of the European Union, its political leaders and its values. In the face of a higher-than-average number of refugee victims the media and the political establishment are worried about the credibility of the EU and its values, in the name of which the EU member states fight wars from Afghanistan to Mali. 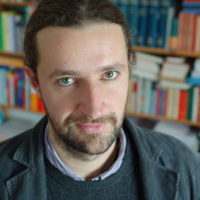